You recently visited Poland to photograph the Jewish community’s response to the Ukrainian refugee crisis occurring there now.

My last trip was at the end of June and beginning of July. It was a follow-up to my trip in April of 2022, which was my first immersion into the Ukrainian refugee crisis in Poland. I went at the invitation of the JCC, the Jewish Community Center in Krakow. It was a way to incorporate my ongoing work on Jewish life in Poland, which I began in 1975, then stopped in 1983 and reconnected to a Jewish renewal and renaissance in 2013. JCC Krakow was doing outreach for all refugees, what is called tikkun olam, which is to repair and heal the world, regardless of race, nationality, gender, religion, or anything.

Does the Jewish Community Center have a big presence in Krakow?

The JCC is an institution in Krakow that in essence punches way above its weight. And when the invasion of Ukraine took place within a few days they mobilized and said okay, we’re going to turn our entire efforts into helping people, helping Ukrainians who were pouring over the border.

What they did was basically take it to the mattresses, as the saying in goes in The Godfather. Poland is a neighboring country to Ukraine. They took to the battlefronts and turned their institution into one that helped people directly with food, supplies, clothing, paying for lodging, partnering with other groups to go beyond Krakow and also into Ukraine itself.

In April 2022, I totally immersed myself in what they were doing and returned later to follow up with some people and to include other aspects of the situation that I was not able to photograph earlier.

What is happening now?

These are people, who through no fault of their own, every day nice people who had to leave their country and suddenly evacuate. Everyone from rich to poor, primarily women and children, because as I learned, the men of military age, 18 to 60, must stay in Ukraine. They have to remain whether they’re in the military or working at jobs that help the economy and the country, whereas women and children can go. Men with three or more children are allowed to leave with their families.

And 95% of these Ukrainian refugees are not Jewish. Many have no idea what the JCC even means or stands for. It’s a complete outreach program that thus far has directly helped almost 100,000 people. And many, many more every single day through its partner organizations. Refugees congregate online outside the building, even before they open, for access to JCC’s free distribution center for essentials—food, clothing, diapers, sanitary items, toys. Everything comes from donations, financial and physical, that groups and individuals have donated to the JCC. Duffel bags filled with items, medicine or clothing, all kinds of things.

Everyday you see your average person, a young mom with a stroller, or someone with their little dog waiting on line or in the free shop selecting jam or toothpaste or whatever else they need, as well as people who have their room 100% completely paid for. And all this comes from donations from around the world to JCC Krakow. This enables them to purchase supplies in bulk from Costco type warehouse stores. Big pallets come in with food and drinks, personal items, which volunteers then redistribute into small bags so people can literally take them to their families.

And that goes on every single day.

Does the JCC do this in other countries?

They’re part of an international organization but this is just the JCC in Krakow. Other Jewish communities in Poland do outstanding work also. As do many private citizens in Poland who have taken in people. They might have a spare bedroom. They’ll take in a family. They take in strangers. People with somewhere else to stay are giving up their apartment and turning it over to a Ukrainian family. Nobody’s asked them to. These are people stepping up to the plate.

Unfortunately, it’s waning because this is an ongoing crisis and there’s a lack of interest internationally. How much money must be spent every single day to keep this ongoing? So they’re trying to make it as sustainable as possible. Still the government has cut back.

Ukrainian refugees had free public transportation to get from place to place, but that has been curtailed. So fewer people have access to a free distribution center because they don’t have transportation anymore.

Any thoughts about the future of the Ukrainian refugees currently in Poland?

Who knows? Some people I know have chosen to move there permanently and are waiting for the current situation to erode or die down so their husbands or partners can then join them in their new country of Poland. Others can’t wait to go back home and rebuild. Many have gone back already, but some have no homes to go back to. It’s an on-going situation and with no resolution in sight for many of these people.

Learn more about The Friends of JCC Krakow, a non-profit organization dedicated to sustaining the financial future of the Jewish Community Centre of Krakow (JCC Krakow), whose primary focus is rebuilding Jewish life in Krakow, Poland.

Photographer Chuck Fishman has focused on social and political issues with a strong humanistic concern for 45 years. His photographs have appeared on the covers of Time, Life, Fortune, Newsweek, The London Sunday Times, The Economist, New York; selected for publication in the American Photography and Communication Arts juried annuals and is included in the collections of the Smithsonian National Portrait Gallery; the United Nations; POLIN: The Museum of the History of Polish Jews; The Center for Creative Photography, University of Arizona; The Studio Museum in Harlem; and Hogan Jazz Archive, Tulane University, to name a few, as well as private and corporate collections.

His first monograph, Polish Jews: The Final Chapter, was published in 1977 in the United States. His second book on this subject titled 1975-2018 A Portrait of Polish Jews was published in 2019 and accompanied his exhibition ReGeneration: Jewish Life in Poland first held at the Jewish Historical Institute in Warsaw, then at the Galicia Jewish Museum in Krakow, before being shown in the United States.

END_OF_DOCUMENT_TOKEN_TO_BE_REPLACED 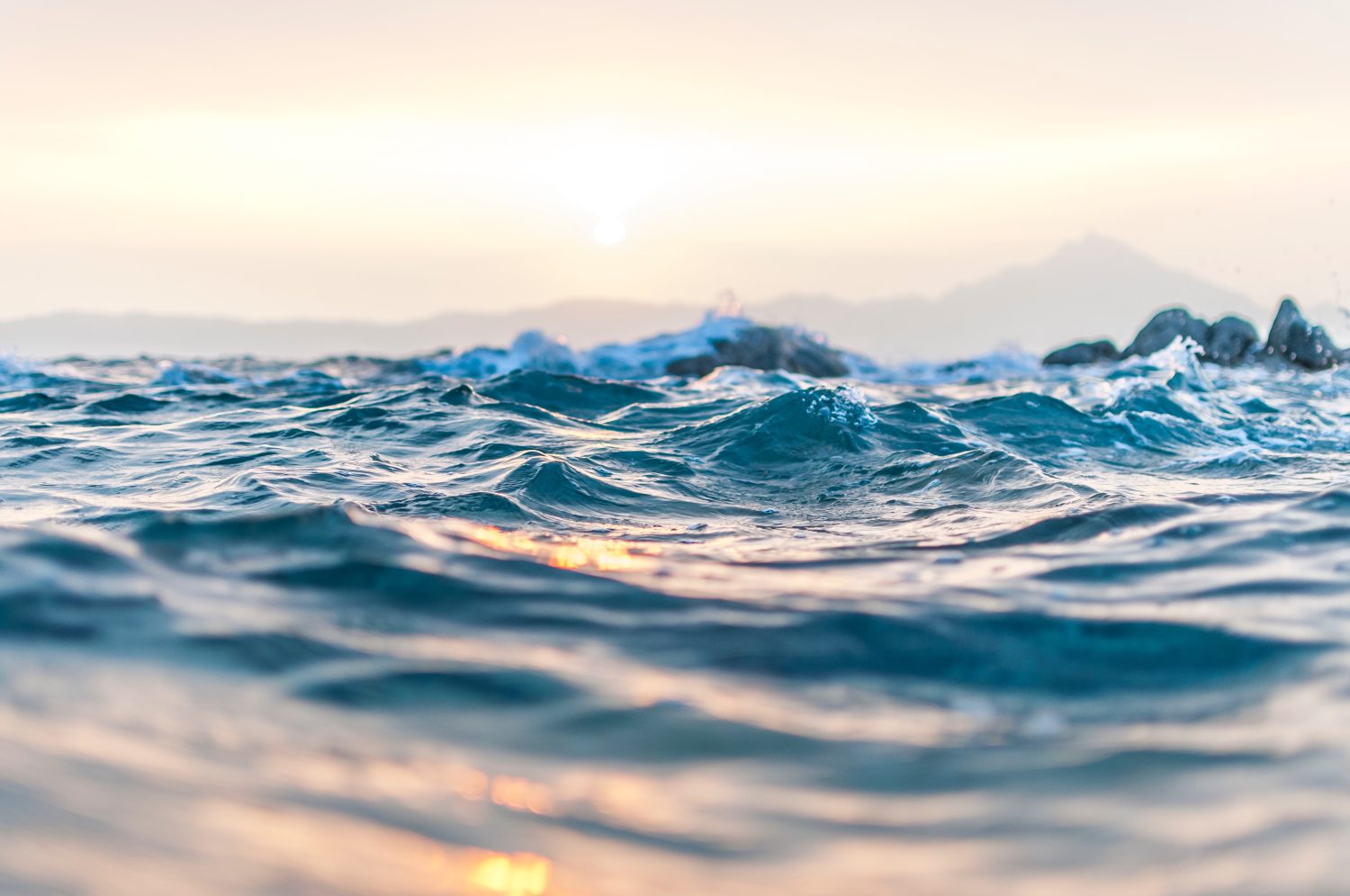 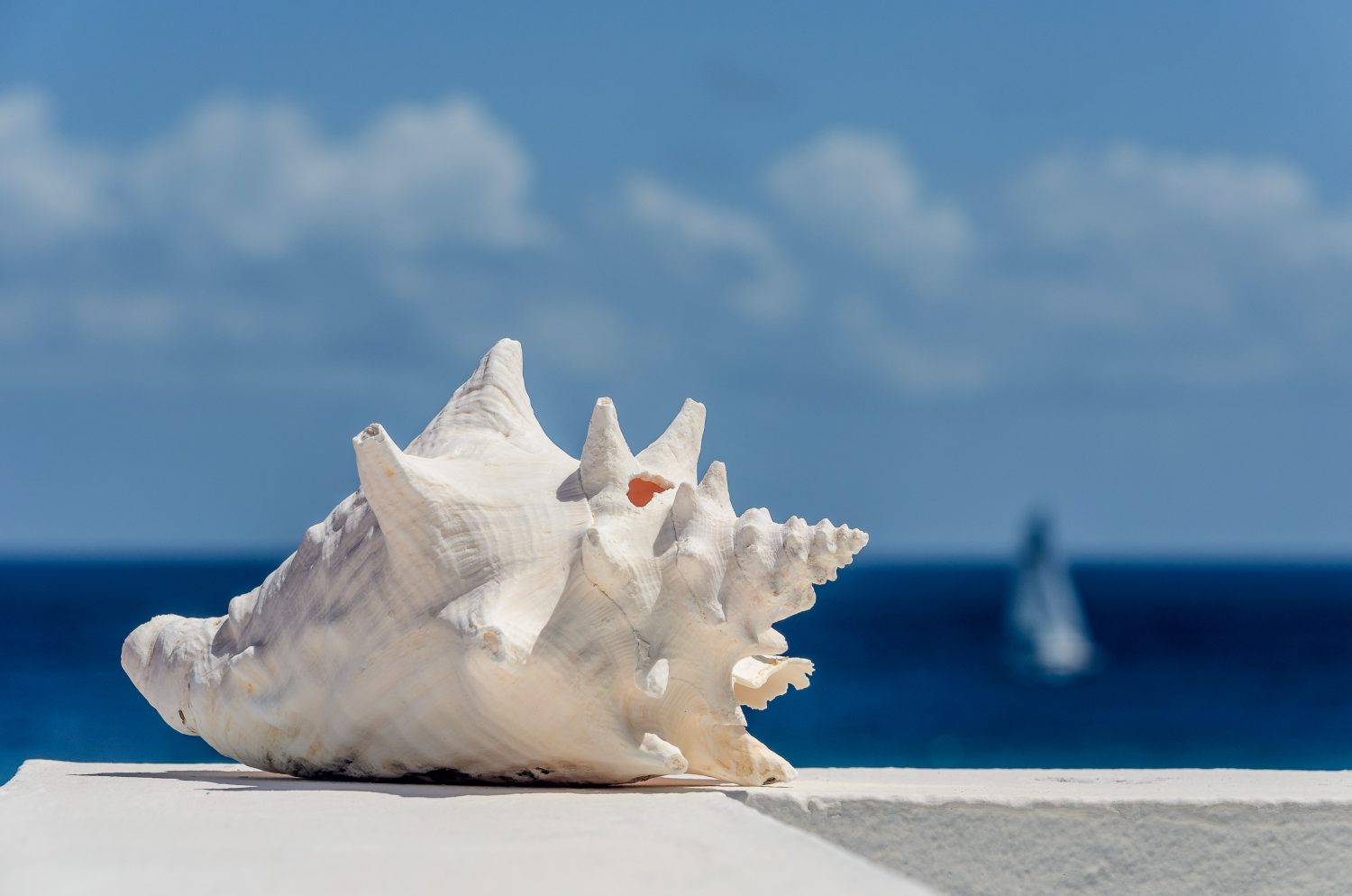 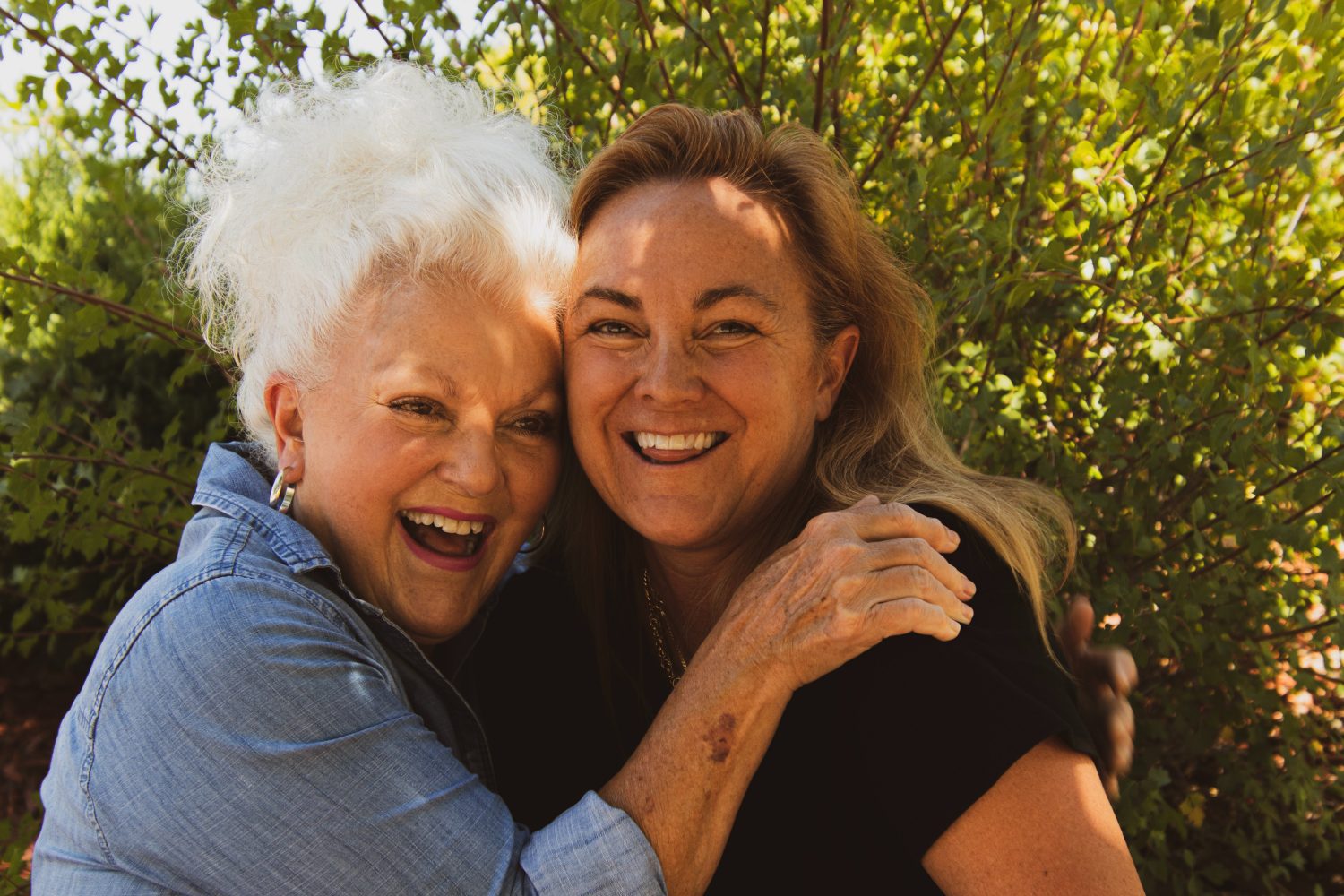 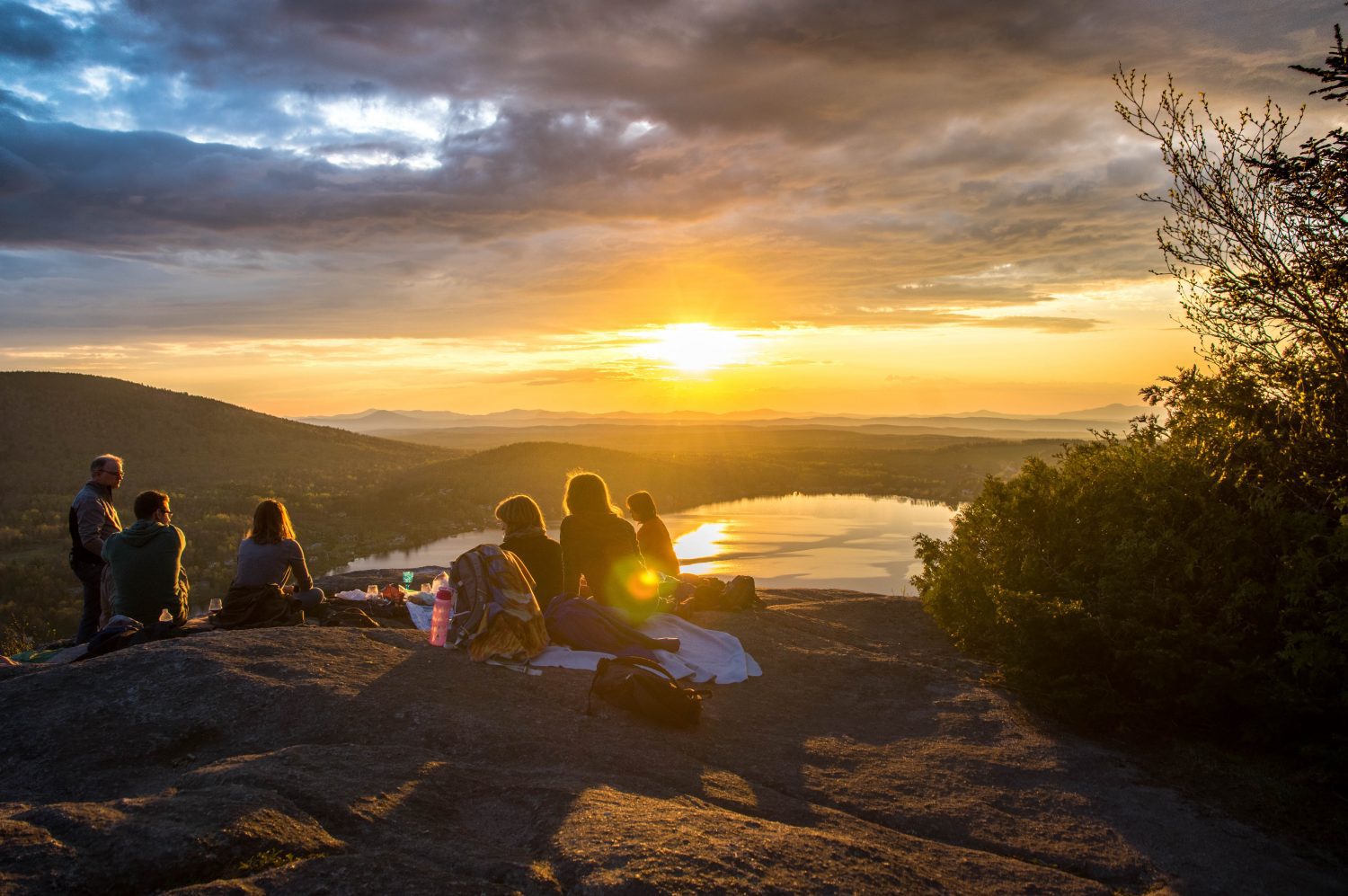