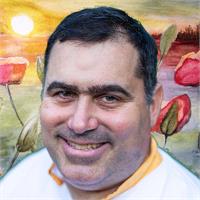 This is an online workshop. You’ll need to download Zoom to attend. Please see your purchase confirmation for the Zoom link.
Sri Swami Satchidananda based the teachings of Integral Yoga on three main scriptures from the East: the Yoga Sutras of Patanjali, the Bhagavad Gita, and the Tirukkural. The Tirukkural, or the Kural for short, is a classic Tamil sangam literature consisting of 1,330 couplets, or kurals, dealing with the everyday virtues of an individual person. Considered one of the greatest works ever written on ethics and morality, it is known for its universality and nondenominational nature. Its author was Valluvar, also known as Thiruvalluvar.
OpenSeries

By Donation
Reverend Sam Rudra Swartz, an Ordained Integral Yoga Minister. Also know as ”The Sarge,” is a KAY (Kidding Around Yoga) Trainer, and has a previous ordination as an Interfaith Minister from the All Faiths Seminary, New York City (2004). He is certified in Integral Yoga from Satchidananda Ashram-Yogaville and The Integral Yoga Institute of San Francisco as a Hatha Yoga (2011) teacher, having taken the Accessible-Yoga Teacher Training in San Francisco, as well as a Meditation (Yogaville, 2011), and a Raja Yoga Teacher (IYSF, 2012). His teaching home base is the Integral Yoga Institute of New York and has been fortunate to travel internationally offering classes and training’s. As a minister he has performed wedding ceremonies as well as other life cycle events in many places both locally in the New York/New Jersey area as well all around the U.S.A.