Home › Workshops & Events › Calendar › Meditation I Workshop: How to Meditate

Meditation I Workshop: How to Meditate 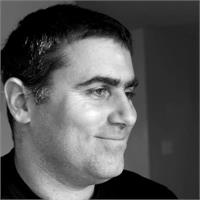 Meditation I Workshop: How to Meditate with Rev. Sam Rudra Swartz, IYM

This popular workshop, taught by certified Integral Yoga meditation instructor Rev. Sam Rudra Swartz, IYM, provides a complete overview of the practice of meditation. You’ll receive instruction in and then the experience of various meditation techniques for beginners. The workshop will inspire you to make meditation a part of your daily life. No experience required.

You should sit in meditation for 20 minutes a day, unless you’re too busy; then you should sit for an hour.
—Old Zen saying

This is an online program. You’ll need to download Zoom to attend. Please see your purchase confirmation for the Zoom link.

$21
Reverend Sam Rudra Swartz, an Ordained Integral Yoga Minister. Also know as ”The Sarge,” is a KAY (Kidding Around Yoga) Trainer, and has a previous ordination as an Interfaith Minister from the All Faiths Seminary, New York City (2004). He is certified in Integral Yoga from Satchidananda Ashram-Yogaville and The Integral Yoga Institute of San Francisco as a Hatha Yoga (2011) teacher, having taken the Accessible-Yoga Teacher Training in San Francisco, as well as a Meditation (Yogaville, 2011), and a Raja Yoga Teacher (IYSF, 2012). His teaching home base is the Integral Yoga Institute of New York and has been fortunate to travel internationally offering classes and training’s. As a minister he has performed wedding ceremonies as well as other life cycle events in many places both locally in the New York/New Jersey area as well all around the U.S.A.
He received his Bachelor of Music in Brass Performance, with a Tuba Concentration from Boston University’s College of Fine Arts Music School in 1996 and is an accomplished musician having performed as a soloist in Carnegie Hall and was an active busker (a street musician). Currently he uses his music training with his voice serving as a prayers leader (a lay cantorial leader) at the Conservative Synagogue of Fifth Avenue in New York City.
Rudra, earned his certification to ”kid around“, as a Children’s Yoga Teacher from Kidding Around Yoga in 2012. He served as a Counselor and Co-Director of Camp Yogaville, at Satchidananda Ashram Yogaville Virginia’s summer camp from 2011 — 2019, where he was bestowed with the loving nickname, ”The Sarge“, for showing an ability to discipline the children in a loving way. He was part of the Kidding Around Yoga Camp in Florida in the same capacity from 2013 — 2016 and led many Kidding Around Yoga training sessions as a trainer in New York and other places both domestically and internationally from 2014 — 2109.