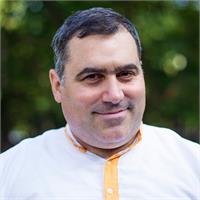 This is an online workshop. You’ll need to download Zoom to attend. Please see your purchase confirmation for the Zoom link.
Join Rev. Rudra for this exploration of the techniques of Bibliomancy; the method of employing sacred books (especially specific words and verses) for ‘magical medicine’, to uncover special messages for the group who will gather each Thursday night. All participants are encouraged to have a Bible, Vedic Scripture, or other Scripture/Book handy so we can each take a turn allowing our volume of choice to reveal a message for the group discussion. Enjoy one or more of these sessions for deep study, contemplation and FUN!

By donation
Reverend Sam Rudra Swartz, an Ordained Integral Yoga Minister. Also know as ”The Sarge,” is a KAY (Kidding Around Yoga) Trainer, and has a previous ordination as an Interfaith Minister from the All Faiths Seminary, New York City (2004). He is certified in Integral Yoga from Satchidananda Ashram-Yogaville and The Integral Yoga Institute of San Francisco as a Hatha Yoga (2011) teacher, having taken the Accessible-Yoga Teacher Training in San Francisco, as well as a Meditation (Yogaville, 2011), and a Raja Yoga Teacher (IYSF, 2012). His teaching home base is the Integral Yoga Institute of New York and has been fortunate to travel internationally offering classes and training’s. As a minister he has performed wedding ceremonies as well as other life cycle events in many places both locally in the New York/New Jersey area as well all around the U.S.A.